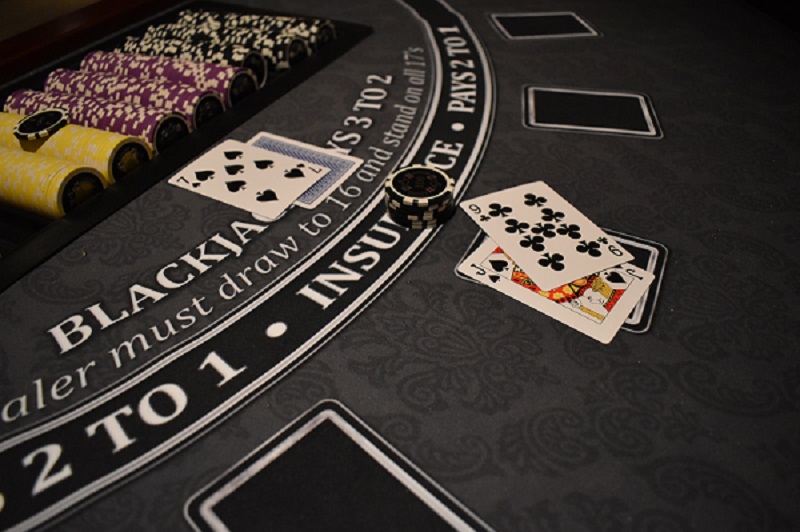 The object of Blackjack is to have Players cards total higher than the Dealer’s hand as near to 21 as possible without going over. The Dealer begins the game by dealing each player two cards and the Dealer one card face up and one card face down, placing one card on top of the other.

Cards are counted at their face value. Kings, Queens and Jacks count as ten. Aces count as one or eleven at your Players option. Winning hands are paid at even money. If the first two cards a Player is dealt total 21 (any 10-value card and an Ace), Player has a Blackjack. Blackjack pays one and a half times the Players bet. If the Dealer also has blackjack, the Player doesn’t lose, but could tie or Push(see below).

After all of the players have acted on their hands (either by hitting or standing), the Dealer will expose the “hole card” (facedown card) and take additional cards or stand according to the following rules: